Archive for the tag “public relations”

The COVID19 pandemic made it challenging to reach reporters and journalists. It’s a tough time being a public relations specialist who deals with news media. We are competing with thousands of marketing and public relations professionals in quarantine when all journalists want to report on is the latest COVID news. However, you can do to break through the noise and get your news coverage for your story. There are some things to take into account:

· More people are taking an interest in the news and digital information sources.

This all means that you have an audience that is more readily accessible and able to digest information that you distribute. Reaching the News Media: An Action Plan First, manage your client’s expectations. Some media outlets don’t reach thousands of people but the outlets can reach and influence those who will help build your client’s reputation or promote their issue. Do some research, through Google or Bing, utilize Google News or Apple News as you search by topic for outlets and reporters. Understand the media and the reporter/producer or host’s goals and objectives Plan your client’s strategy with their goals and the media outlet’s goals in mind. What do you want to sell/pitch/convey? Develop a target list, don’t be too ambitious, use Google, or if you have the financial resources a professional list creation service such as Cision. Utilize Social Media to find your reporter/producer on Instagram or Twitter.  Follow them to get some insight on what they might want to cover.  Some Social Media channels also contain mailbox options or emails of the reporter or producer you want to reach.  However, do respect their privacy and personal space. Go broad in your reach by tapping into an international outlet or go small by contacting a community blog or listserv. Finally, be the audience you want to reach. Read and watch news and blogs on a variety of issues and topics. Learn more about the reporters, media outlets, and producers you want to reach. 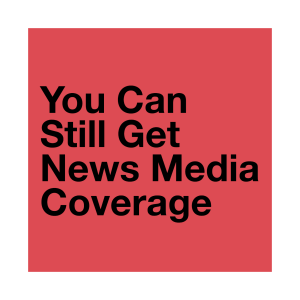 Leading Others to the Path of Reinvention: PR Guru Dwain Schenck 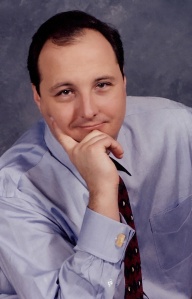 Dwain Schneck, author of “Reset: How to Beat the Job-Loss Blues and Get Ready for Your Next Act”

When Dwain Schenck lost his job in 2012 he was in denial for six  months. He had never been out of work and had a long, successful public relations career. He in fact was in many ways a pioneer in the public relations field. Now he is a leader in another arena – personal reinvention – as the author of a new book, “Reset: How to Beat the Job-Loss Blues and Get Ready for Your Next Act”

Dwain’s career path included  being  director of public relations for AmeriCares and director of communications for Quantel.  He also had his own public relations consulting business for many years before taking a job as Vice President of Communications for a Fortune 500 corporation. It was that job that would lead Dwain to his latest path of reinvention when he was let go. “I have found there are two kinds of ways people deal with losing a job in this economy: there are those who look at it as a market reality and are practical about the situation and say to themselves ‘it’s just a bad economy, it’s not my fault’ and they move on and usually find a new job or a source of income and satisfaction, ” Dwain said. ” Then there are those on the other side of the ledger: those who are emotionally devastated from their job loss and feel like they’ll never work again. I definitely fell into that category,” he said.

In his book Dwain describes his own journey after his firing which included a furtive and depressing job search. Throughout that time period he confided in friends including MSNBC”Morning Joe” co-host Mika Brzezinski who herself had gone through a devastating and public job loss at CBS. Dwain remained depressed and it was Mika who pointed out to him his unique  communications style and candor and suggested writing the book—for no other reason than to help others learn how to keep their sanity through their job search.  After some rumination he began to rebuild his life and now, in addition to writing the new book and making speaking engagements and media appearances he has formed Schenck Strategies LLC (www.schenckstrategies.com), a boutique corporate communications agency.

Still, his greatest passion is helping other people who have suffered the pain of job loss.  Indeed, “Reset” is a road map for those who need to quell the initial shock of being fired , forgive themselves before moving on and  to take that next steps in their careers and lives.  Dwain and his business associates have created a web site that serves as a resource and offers an open discussion platform for the suddenly unemployed to get moral support on an ongoing basis (www.resetyourfuture.com). 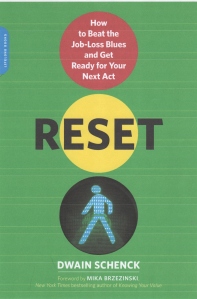 “If you live long enough and have the ability to step outside yourself once in a while, you realize your problems are not unique – say from your neighbor’s problems,” Dwain said.