It’s Not the How or the What but the Who: Succeed by Surrounding Yourself with the Best

Posted by Harvard Business Review in Uncategorized | Leave a comment

Inspiring Boomer: Toni Lewis, 10 Years of Bringing Music and More to the Lives of Children

In the spring of  2004, Bowie resident  A. (Arethia) Toni Lewis decided it was time to leave her six-figure job at GSA. She wanted to pursue her dream of giving back to her community through education.   One of the Washington area’s premier event planners,  she had was involved in planning for both of President Clinton’s  inaugurals and served as CEO for  inaugural planning for President George H   Bush.
Toni, and a  friend musician Richard Payne, were concerned about  broad cuts to music programs in the Prince George County school  system and the lack of exposure young people in the region had  to a broad range of music (other than rap and hip hop).   Toni with her friends from all over the music industry (including  jazz artist Ski Johnson and Jerry Butler) launched FAME: the Foundation for the Advancement for the Advancement of Music (www.fameorg.org )

A. Toni Lewis, Founder of
FAME:Foundation for the Advancement of Music and Education

To finance the operation, she just  HAD just her retirement savings and initially held a fundraiser to offer scholarships.Since then, The Foundation for the Advancement of Music and Education  has partnered with professional athletic teams, public schools, government officials, media outlets, theatres and dance companies.  It sponsors concerts throughout the DMV with music of ALL KINDS.

The organization has furnished public schools and youth with music programs with new & used instruments.   It also sponsors -two intense summer music technology camps that includes music, technology and academic programs, giving students access to the finest college music professors, instructors, musicians and technology in the music business. The camps are in partnership with the University of Maryland School of Music & Bowie State University Fine and Performing Arts Center,  Toni has advised the city of Philadelphia and the Lincoln Center in New York on  youth music programs.

I find as I get older that I have to decide to do some editing.  A lot of people, places and things simply are not good for me.   This include negative people  and time spent with negative people  in forced circumstances (business, family etc.).  The editing process can also include  pruning the people who are simply dead weight.  You know who I mean, the people who are consistently  unreliable, or who put you down, or  don’t return your phone calls, emails or texts but readily call you  when they need something.   No one is THAT busy.  Move on and Let Go. 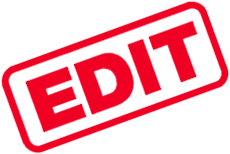 Posted by enidannpr in Inspiration, Investments, Mentor and tagged letting go, moving on | Leave a comment

Motivational speaker Willie Jolley says there’s a reason the windshield of a car is so big and the rearview mirror is so small. Looking forward one can see the possibilities. 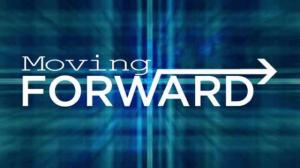 Memories of being 50 years YOUNG* Thanks y’all for being part of my journey.. 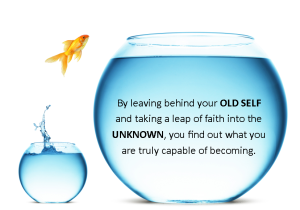 Waving y’all! Quick break in a VERY busy day..It IS my 51st bday..Wooooohooooo!!! Extremely humbled by the amazing amount of Bday calls, texts, emails, ecards, gifts ..Blown my hair back & as I reflect on this year past? Flew far faster than I anticipated it would..Yet as I count off the goals I accomplished this year? Almost completed all of them..Progresssive year indeed..What was most important to me? Living IN the moment; and making those I consider dear feel as special as they are to me. Nothing more special to me than time spent & enjoyed! I learn & I yearn to learn even more. Thanks to all who have added to my journey. Thanks to all who taught me lessons I’d not have learned had you not entered my world. Most of all thanks be to my God for allowing me to learn the lessons a tad bit quicker..Embarking…

Time: Your Most Valuable Commodity

Recently I had the opportunity to be around a group of the “unfortunately successful.”   You know them,  people who  have  acquired some level of success by society’s standards but who  now,  struggling to remain relevant  possess  an  almost stifling air of self-importance.    After about a half-hour  with this crowd I left the event.    Perhaps in the past I would have stayed but  it didn’t seem like a good use of my time.

Time, I have learned,  is valuable.

One of my favorite columnists, James Altucher author of  the recent ” The Choose Yourself: Stories” recently published a column about  regrets.   In his column he says  “Money you can get back, but even five minutes of time lost is gone forever.”

Time is  the most cherished thing you will possess. It is yours as long as you are on this earth.  Don’t waste it in pettiness, regrets or trying to figure out how to please people who can’t even please themselves.  We are all here for a finite period.  Spend time counting your blessings.  Feel blessed.

We live in a new age. You can press a button on your phone and buy a cup of coffee. Soon you will be able to press a button your printer and make a cup of coffee. As a child I watched a great deal of television  the Jetsons,  the Outer Limits and Star Trek but actually having a robot clean up after me  didn’t seem plausible.  Yet there were other boomers like tech innovators Bill Gates, Steve Case and the late Steve Jobs  as well as filmmakers such as Steven Spielberg who let their imaginations help them build into reality what they saw on television.   Now as the TV shows of the 50s and 60s make a comeback with ME TV, Cosi, etc.   With driverless cars and apps that can close our doors perhaps then watching television is still a good thing.

He’s BAACK – The Return of the Giant Plant

This Memorial Day Weekend, I’m  spending time with my mom ” Miss Georgia”  and the family.  Couldn’t help but notice the giant monster plant has made a comeback.  The  plant in mom’ s  living room   fell off the table mysteriously in the middle of the night two years ago and was  thought was gone forever (Planticide – July 18, 2010).   After the fall  what was left of the plant was placed in a medium sized jar of  water on the family room table,  later  repotted and placed back in the living room.   Now the plant  is enormous, somewhat less menacing than before, (no scales so far) and quite glorious .  That’s the thing about reinvention – sometimes it’s incremental and it often yields  glorious results. 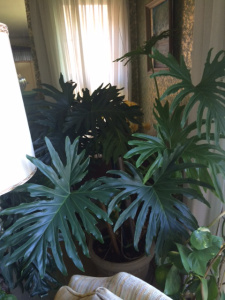 As Mother’s Day Approaches I remember one of my most important mentors, Gloria Chapmon.

The  families central hangout on Talford Street was the home of   Louis and Gloria Chapmon .  I came to know the couple as Mr. Chapmon and Aunt Gloria.  Later “Gloria” would become a lifelong…